The Ins and [Check]outs of the Amazon 4-Star Store

What started as an online bookstore has long since turned into the biggest name in online shopping.

But just how big is the biggest?

In 2018 alone, Amazon is projected to rake in $258.22 billion in U.S. retail sales. For greater context as to what that specifically means for the ecommerce market, this number translates to include 49% of all nationwide online sales.

As if securing that kind of market share weren’t enough, the company has now started coming full circle by launching into brick-and-mortar retail. And, naturally, they’re doing so in true Amazon-style with Customer Obsession (their #1 Leadership Principle)

These new brick-and-mortar locations are referred to as Amazon 4 star stores.

Unsurprisingly, these physical Amazon 4-star stores only carry items that are either rated 4 stars or above. Furthermore, they carry products that have been deemed to be a top seller, or are new and trending at Amazon.com.

The first Amazon 4 star store of its kind opened in the SoHo neighborhood of New York City last September. A couple months later, two more locations — one outside Denver, CO and one in Berkeley, CA — opened their doors as well.

These stores have merged Amazon’s selection with customer reviews in an attempt to model the future of retail. Between the testing of mall kiosks, pop-up shops, and the company’s physical bookstore (called Amazon Books), Amazon now has a total of 100 brick-and-mortar locations in existence today.

Additionally, the online giant is exploring long-term avenues for retail through the acquisition of Whole Foods and its cashier-less convenience markets, referred to as Amazon Go.

Why Amazon is Investing in Retail Stores

At its core, the Amazon 4 star store was created as a place created for customers, by customers. The selection offered is a literal reflection of products with proven loyalty and love generated from reviews.

This inventory rotates on a weekly basis, based on the performance in popularity of items online. They feature the best in electronics, kitchen, toys, home, books, games, and more — with the average star rating of all products featured in-store clocking in at a 4.4 out of 5.

But what gives? Why migrate such a successful digital operation into the world of brick-and-mortar as well?

It’s an especially ironic question to ask of a company like Amazon that’s singlehandedly threatening the future success of many popular retailers.

Aside from the fact that much of consumer spending still occurs in-store over online, the company’s loyalty program membership, Amazon Prime, may be the main driver here. Although an individual Prime membership costs $119/year, the long-term value to members is advertised to be worth up to $700/year.

These too-good-to-be-true savings don’t simply apply to its customers, however.

As Vox recently discussed, a Prime member is likely to spend $300 more per year on the site than the average Amazon customer, and other estimates project upwards of 2x the level of spend versus non-Prime members.

By extending the online perks of Prime membership to those also shopping at Amazon retail locations, they open the door to increasing both customer loyalty and accelerating year over year growth.

Additionally, branching into retail allows Amazon to showcase (and sell) more of their offerings while increasing their database of information on buying habits. From the resulting retail sales data, they can apply learnings to the online world — which is similarly driven by quick decisions and impulse purchases.

Inside the Amazon 4-Star Store

The Amazon 4-star store is essentially a structure to feature a variety of niche stands. Categories might include, ‘Most-Wished-For’, ‘Trending Around [Location]’, and ‘Frequently Bought Together.’ Additionally, stores will showcase daily deals.

For further validation, these 4-star stores also position real customer review cards alongside their in-store products. They’re essentially trying to generate product interest in physical stores through methods that have proven most successful at driving their sales online.

What differs with the in-person experience, however, is the fact that customers can try and test out Amazon devices before committing to a purchase. And, of course, they can also get a feel for how much they’d save on a product with a Prime membership in tow.

Digital price tags associated with each product display both the list and Prime price for every item featured. And for the customers unsure if a membership is worth the investment, they can try the service free for 30 days.

Dubbed as ‘creepy’ by some and second nature to others, the future of automation is here in full force with Amazon Go’s checkout process. When entering any of these locations, you’ll need three things: an Amazon account, smartphone, and the Amazon Go app.

The app should be opened for scanning in order to enter through the store’s gates.

(Imagine the experience as something similar to that of scanning your ticket at a subway.)

Once inside, Amazon tracks your movements thanks to said app, account, and smartphone. Every item you pick up is added to your virtual cart and will be charged to your Amazon account once you walk out of the store with items in hand. Their tracking system can also determine when a return is being made.

But unlike the process found at Amazon Go, Amazon’s 4-star stores actually do have cashiers. At checkout, simply swipe your card at the counter or pay via the Amazon app on your smartphone. Your receipt will appear directly in your Amazon Prime account.

Some of the setbacks with this setup are that if you’re shopping in-store only to find an item out of stock, sales associates will point you to purchasing the item online — something you could’ve done in the first place.

The constant cycling of products also makes it difficult to organize shelves systematically by categories that make sense when shopping in a physical location. Separating products by things like ‘Most-Wished-For’ loses a bit of relevancy and ease of use when sifting through items in-store, as opposed to clicking and scrolling online.

Final Thoughts: The Ins and [Check]outs of the Amazon 4-Star Store

As with any new business model, the Amazon 4-star store certainly has its share of evolution and kinks to work through. However, harnessing the loyalty of its online customer base while also familiarizing itself with an audience of in-store shoppers can only be beneficial for Amazon and its properties.

Curious as to how you can accelerate your Amazon sales online or otherwise? Contact the Amplio Digital team today for a free consultation.

Kevin is the VP of Growth & Strategy for Amplio Digital and has been with the company since 2014. Kevin drives growth for Amplio and Amazon strategy for its clients. His team manages over $250MM in annual GMV on Amazon for brand manufacturers across North America and EMEA. 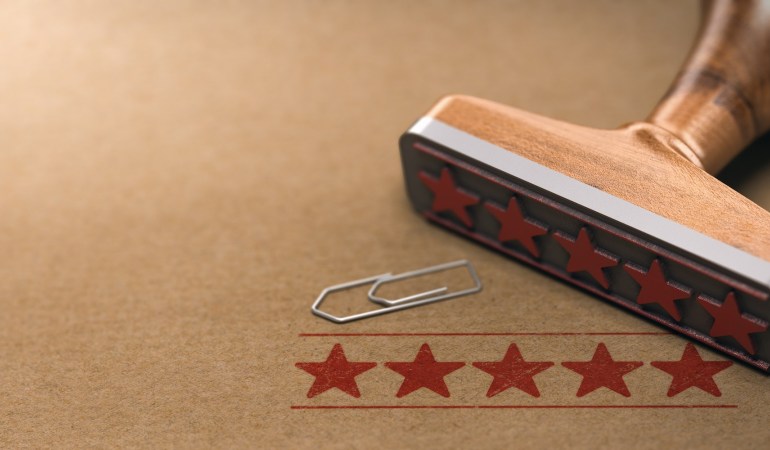 Can You Use Coupons on Amazon?